A chilling reception to a heartwarming film…

The first ten minutes or so are the most confusing I’ve ever seen in a Disney film. The amount of hoops jumped through to set up the main plot has to be a record. Aside from a clunky beginning, the rest is a series of journeys to and from Arendelle and Elsa’s Ice Castle. The characters talk to each other, as song happens, and they keep walking. There is some action and a few chase scenes, but they’re all just filler for lack of plot.

The best part of the film is the emotions that the story and characters bring. The lessons this film has are up-to-date and try to rectify past Disney films, such as marrying someone you’ve known for a day or even having a love interest at all. There’s also lessons about emotionally opening up or closing down depending on the situation. There are serious disadvantages to shutting others out as well as people taking advantage of you when you’re too open that are explored well here. There is also a scene late into the film that lets the dark emotions really hang for a good few moments.

To mention, there is also a twist in the film that falls kind of flat and doesn’t really need to exist in the first place.

Anna (Kristen Bell) is a wonderful shift on the Disney Princess. She’s totally flawed, awkward, and socially inept. It’s a refreshing take on a female lead in a Disney film of all things. She’s also no slouch in the action department, saving Kristoff’s life a few times. Her big heart can get her into trouble sometimes, but it also is the key to solving the conflict.

Elsa (Idina Menzel) is one of the few Disney Queens as a protagonist. She’s introverted and doesn’t interact with many other characters in the film. Throughout, she is scared of what her power can do, and hides away. She represents anxiety and stress with the weight of ruling a kingdom. It’s a great metaphor, really. Elsa makes for an interesting character study.

Kristoff (Jonathan Groff) is the odd man out. He is on the fringe of the action until he is thrust into the story later on. He’s weird, mostly because he talks to and as his reindeer, Sven, and has Trolls as parental figures, and I wish this was explained more in the film. He’s your standard male character in a modern princess movie: talks modern, and has a weird quirk.

Olaf (Josh Gad) is the breakout character. He’s one of my favorite Disney sidekicks / side characters. He’s just pure love and he looks so soft and fluffy, and honestly, ugly in an appealing way. His manner of speech is mostly whispering his funny lines instead of yelling them, and his enthusiasm is infectious. He’s also oblivious most of the time, making for a lot of great jokes. His snowman body also is a vehicle for visual gags when he can rearrange his body.

Prince Hans (Santino Fontana) is an interesting character who I wish had a little more screen-time or a better motive for his actions, or at the very least, had a more well-thought out choice of action.

The Duke of Weselton (Alan Tudyk) is a good character, but a bad person. He’s a really weird villainous Duke with a penchant for dancing, and he incites the town against Elsa at the end of act one.

The Trolls (Pabbie – Ciarán Hinds) have an interesting design but they’re annoying and thankfully underused in spinoffs and sequels. They exist to help Anna and their song is the message of the film: Love is not instantaneous, it’s a process.

The same witty, smart dialogue with a more mature bend, appealing to adults as well as children. The dialogue makes clear points to fix what previous films may have said wrong. The jokes are also understated, opting for a whispering softer delivery instead of yelling. The banter is also good here, and the character dynamics work well.

The snow effects are beautiful. The amount of detail with lighting and magic effects are great. Whenever the sun is rising or setting, it’s flawless. Water is also beautiful here, especially when it’s being frozen. The expressions and character animation is fluid and vibrant, and the fabric animation is gorgeous.

The music here is awesome. The score is uplifting, sad, and poignant. Christophe Beck does an awesome job at bringing out the emotions in the instrumentals. The lyrical music… Oh, you know. We all know. Kristen Anderson-Lopez and Robert Lopez put some of their best songs, if not the most popular Disney song ever in this film.

“Frozen Heart” – Similar to the mining song from Snow White, this also evokes themes shown later in the film. It’s really ‘manly’, to use an older term.

“Do You Want to Build a Snowman?” – Very sad in retrospect, but also adorable. The beginning is fun and cute, but then the ending hits like a punch. It shows how prolonged loneliness can wear at the emotions.

“Love is and Open Door” – A strange love song with a lot of quirk. The harmonization is great here. It’s either a great or horrible love song depending on if you’ve seen the film before.

“Let It Go” – The bane of every parent with a young child, and the anthem of those coming out / wanting to assert themselves, “Let It Go” is seriously good. A single song rocketed this film to super-duper-stardom and spawned hundreds of fan renditions. I really like the casual instrumentation that takes a backseat to Menzel’s phenomenal pipes. Also, this song teaches kids the word ‘fractals’, which is awesome.

“Reindeer(s) Are Better Than People” – A simple acoustic guitar and Jonathan Groff with a weird premise of a man saying goodnight to and as his reindeer. It’s just okay.

“In Summer” – This showed me how great Josh Gad can be at singing, but also at comedic timing. A really cute song with some killer dramatic irony, some cute visual jokes, and a Mary Poppins reference!

“For the First Time in Forever (Reprise)” – An even darker version of the original, and more desperate. Shows some good counterpoints to both characters’ ideologies. While it seems to be ending on an optimistic note, the depression and anxiety wins out. One of my favorites from the soundtrack.

“Fixer Upper” – I’m torn on this. It’s tonally different from the rest of the songs, and gives the moral of the film. It’s also crass at times, hits you over the head with the moral, and is strangely modern. It seems out of place in this film.

While not my favorite Disney film of all time, there are a lot of great things here. The plot can use a lot of work. The backstory can probably be cut or shortened. The characters are the core of the film, and really bring some great emotion to the table. The casting is some of the best here, especially with the leads. The dialogue is clever and moves the story along, and is more natural and normalized for a modern audience. The effects are jaw-dropping and are reaching their peak. The snow, water, hair, ice, and sunlight are all perfection. The music, while mostly amazing, has a few songs that are lesser than the rest. If Kristoff and the Trolls had better songs, the lyrical songs would be flawless.

Frozen is a great case of ‘right place-right time’. It is and always will be a cultural touchstone whose themes, characters, and music will last forever. Personally, I find this to be the weakest of the Frozen franchise. After seeing the sequel in 2019, I went back and watched the various shorts that came out over the years, and surprisingly, I fell in love with the world of Frozen. While I’m not a super-fan, I find that the emotions and messages that these films are some of the best takeaways in any Disney film ever. The key is keeping the sisters together, having a simple plot, and keeping it short (Frozen Fever and parts of Olaf’s Frozen Adventure really have this down). It’s unfortunate this film isn’t as good as the rest of the franchise…

…But the snowball can only go uphill from here! 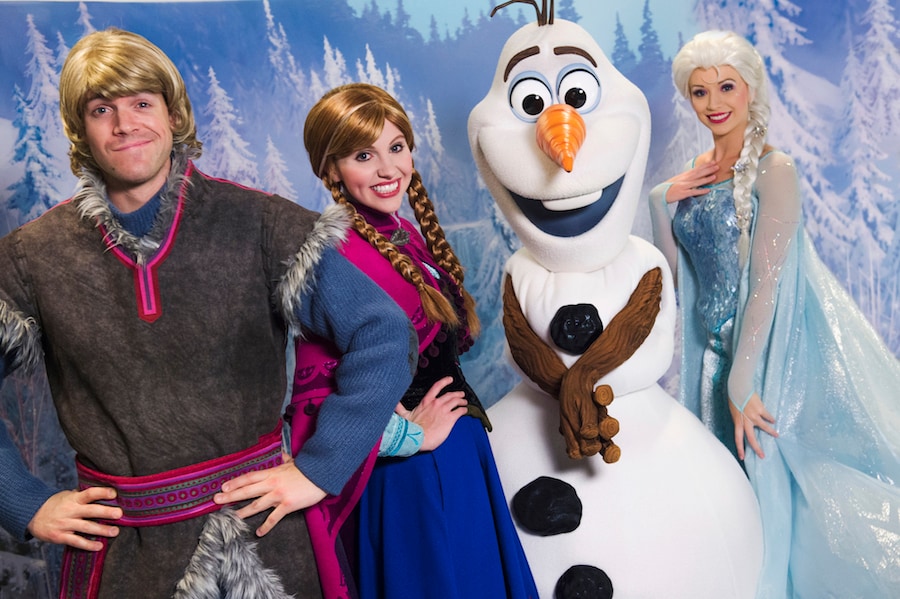 My OVERALL RATING for Disney’s Frozen is 80%.