The plot of this film is actually quite hard to describe. The film plays out like a series of events rather than a cohesive whole, and probably would have worked better as a limited series. There is a lot of world building here, more than the film can sustain at times. The beginning third is solid, really hitting that sense of wonder, Disney Magic, and that old-timey fairy-tale fear… But then there is a 10-minute lull that halts the plot in its tracks, not providing much exposition or character growth. I feel like the writers have gone for broke at points, and are sometimes just throwing concepts at the wall to see what sticks, but that’s the fun of the Frozen franchise: no matter what, this will cross $1 Billion (it made $1.5 Billion).

The back half of the film has some incredibly powerful emotional moments and lessons. As before, emotion is what the Frozen series does best, and this film is incredibly relevant in that regard, especially after 2020. I also would like to mention that the tag at the end of the film refers to 2015’s Frozen Fever (great in it’s own right and features “drunk” Elsa!) so stay after the credits for that.

Elsa (Idina Menzel) is the protagonist here. Her arc focuses on her purpose in life, and the mystery of her parents’ death. She gets a few new powers, and is pretty good as a detective. She still has the anxiety and loner attitude, but we see that she has considerably warmed to others. It’s also great to see her use her powers to tame the elemental spirits, as well as get more comfortable in her skin near the end.

Anna (Kristen Bell) is really interesting as a foil to Elsa. Her drive once again, is her sister, yet she seems to be increasingly holding Elsa back from her destiny. Anna is a great support system, but in this case she goes overboard at points, hindering instead of helping. It’s a great flip from the first film, and gives Anna her own agency in the latter half of the film, something always nice to see.

Kristoff (Jonathan Groff) is the odd man out once again, on the fringe events for the back half. He is constantly trying to propose to Anna for the entire film and I wish they gave him a more relevant role to the plot. He does have a great song, and every failed proposal makes me want to see him succeed.

Olaf (Josh Gad) is still a great character here, and wow has he matured. While he does have several fun scenes, his presence isn’t as large here. He has a lot of dark jokes, weird facts, and legendary story sum-ups. He’s still one of my favorites though, even though he’s grown louder than the previous film.

Lieutenant Mattias (Sterling K. Brown) is basically the Arendelle soldier representative. What he lacks in character, he makes up for in sheer loyalty and some comedic bits. Brown is great here, and I mostly know him from This Is Us, and he does this role justice.

Yelana (Martha Plimpton) is the wise leader of the Northuldra Tribe. She is protective of her tribe, but warms up to the protagonists after some plot points are revealed and the elemental spirits reveal themselves. A good character, but not as explored as the rest.

The Trolls (Pabbie – Ciarán Hinds) have a small scene. I can appreciate their design better here, and they play the ‘wise sage’ role this time around.

The Elemental Spirits (unvoiced) are fun, but mostly marketing fodder. I like their designs and story relevance, as well as how the other characters react to them.

The dialogue here is very punchy in its humor, and its heart has staying power. A lot of the jokes range from weird noises and intentionally weird line delivery to sudden black comedy. The exposition and mystery is dolled out bit by bit, and eventually some of the weirder dialogue and concepts make sense. Spoken dialogue regarding emotions actually comes back in the songs. A lot of these concepts are repeated for clarity and cleverly tie in to the music later on. It works very well.

The effects are better than before, with improved lighting, snow, and fog especially. The water and abstract glowing light effects are also phenomenal. The expressions are also vibrant, varied, and true-to-life in all its messy, awkward, glory. The cute character design is also evident here: everything is crafted to be as adorable and marketable as possible.

Christophe Beck returns and creates a more mature, darker score with a lot of depth. Horns, strings, and low notes abound set the tone for this adventure. The Northuldra theme recurs several times, as well as other familiar Frozen cues. Kristen Anderson-Lopez and Robert Lopez return for the lyrical music (I love the amount of piano in a lot of these), and they exceed expectations here:

“All Is Found” (Evan Rachel Wood) – A beautiful lullaby, and the core of the story. Evan Rachel Wood does a fantastic job in getting the audience into a cozy mood.

“Some Things Never Change” (Josh Gad, Kristen Bell, Idina Menzel, Jonathan Groff, Cast) – An update on the current situation of the characters, bringing the audience up to speed. Very catchy, with great vocalists, and heartwarming at the end.

“Into the Unknown” (Idina Menzel, AURORA) – The breakout hit of the film, and a literal “call to adventure.” Menzel kills it here, giving subtle emotion into each note, and AURORA’s refrain always gives me chills. Not my favorite Menzel song here though…

“When I Am Older” (Josh Gad) – A song of no consequence to the plot, but contains a great ad-lib of “Samantha?” by Gad. This song would work well for Halloween, with the instrumentation. It’s no “In Summer,” yet I’m glad that Olaf at least gets a song, no matter how grating the screaming can be. The lyrics can also be taken as a jab at the labyrinthine plot.

Reindeer(s) Are Better Than People (Cont.) (Jonathan Groff) – A nice reprise from the last film, and a sign of something truly unique to this film, leading directly into:

“Lost in the Woods” (Jonathan Groff) – An 80’s ballad in the style of “Bohemian Rhapsody” (complete with a direct “Queen II” reference) that somehow fits. It’s really funny, breaking the dark tones of the film for some much-needed levity. Groff does a great job playing both human and reindeer as well.

“Show Yourself” (Idina Menzel, Evan Rachel Wood) – Quite possibly my favorite song from the film (and high up in the Canon), this is a song that speaks to those who are looking to find where they belong. It’s also very emotional at points, starting off slow, and swelling to a duet that never fails to bring tears to my eyes. It just keeps getting more magical! I wish it was marketed as a single or for the Oscars, but it is actually pretty spoilery, and the climax of Elsa’s story.

“The Next Right Thing” (Kristen Bell) – One of the most depressing songs in the Canon, this song is also the most important. Never has a song moved me so much to sadness and uplifted me as this. It’s about picking yourself up from a deep depression, something that I never thought Disney would cover as a song topic. The first half is incredibly sad, and the latter half is more uplifting. Kristen Bell is amazing, actually using the title phrase in her own life when dealing with depression, a fact that makes the song even sadder.

“Into the Unknown” (Panic! at the Disco) – Somehow grander than the original in instrumentation, Panic! does a great job at replicating Menzel’s intensity in their own way.

“All Is Found” (Kacey Musgraves) – Similar to the original, but somehow even more cozy, with a bit of country flair. Peaceful.

“Lost in the Woods” (Weezer) – Reminds one of Elton John (that would have been AWESOME) in instrumentation, but I feel like I can see the band playing this, like I’m at a small concert. Really hits that late 90’s / early 00’s small band vibe (a lot of distorted electric guitar). Different to the original in tone, but great all the same.

Frozen II may be one of the most relevant and important Disney films for all ages, despite its faults. The franchise isn’t really known for its plots, but more the emotions that last after the film. This film is more mature than the original Frozen, tackling some deep themes that can be more beneficial to adults than children.

I’ve never had a Disney film make me feel as much as this one has.

This film blows its predecessor out of the water in most ways. While the plot can be a seemingly random mash of ideas and characters stuffed into a film, most of it does gel by the end and make sense. The back half of the film is amazing. The main characters are strong here, chiefly focusing on the sisters and Olaf, with some side plots for others. The dialogue is great, with a lot of jokes to brighten the tone, some really good line reads, and some powerful tie-ins to the songs. The effects are pretty much perfection and designed really well. The music is some of the best, matching catchy with good feelings every time…

The greatest strength this film has is the emotion behind the spoken and sung words,

hopefully words to remember and teach to the next generation… 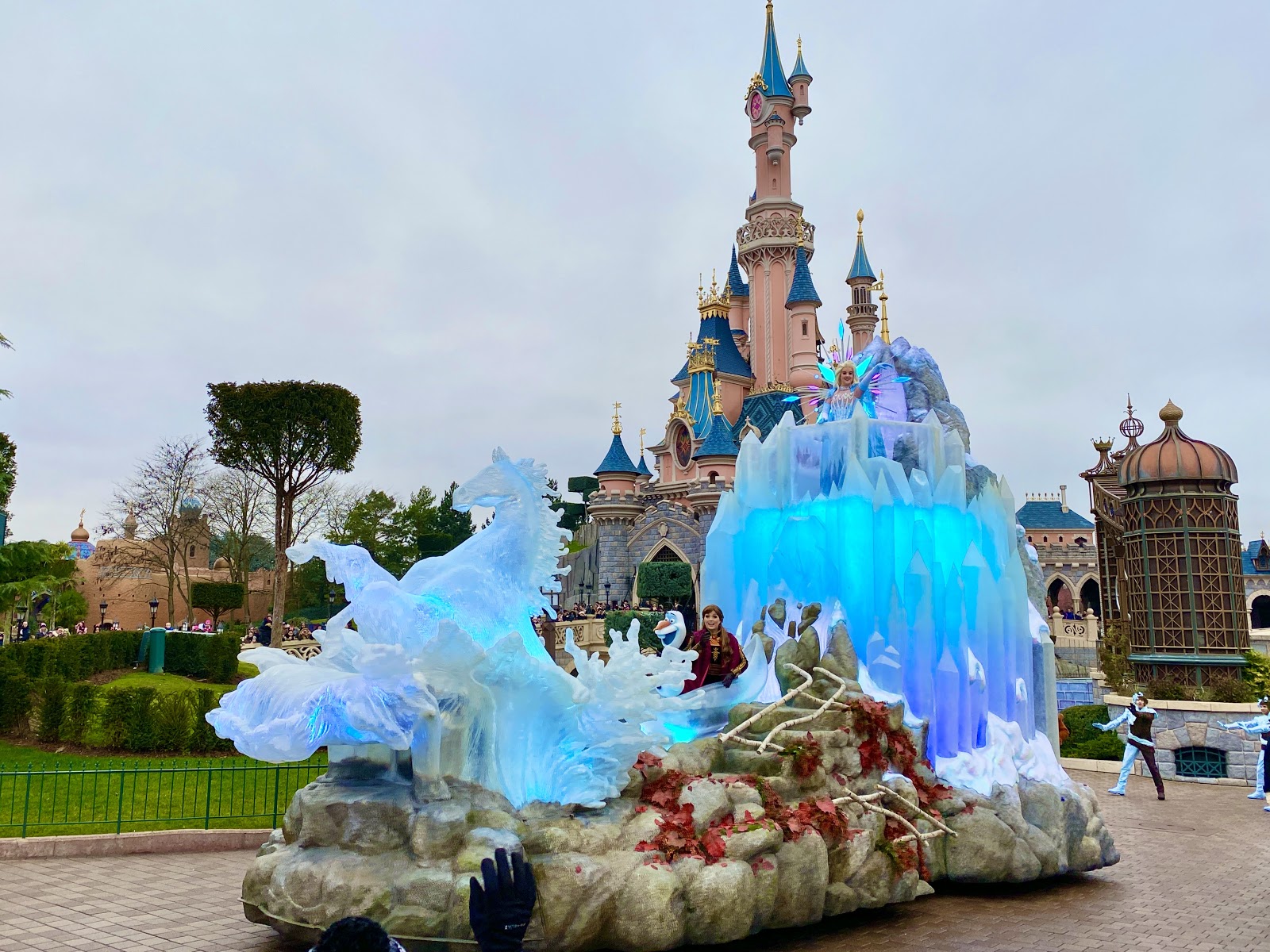 My OVERALL RATING for Disney’s Frozen II is 88%.

A film I have never seen before, and as of now…