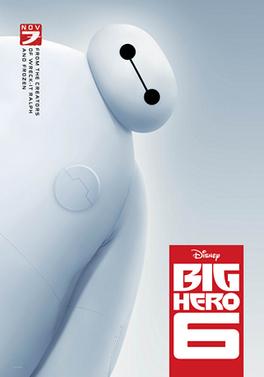 A film with hugs, heart, and heroes.

The plot is a pastiche of superhero films and comics, old and new. There’s death, betrayal, plot twists, and secret identities galore. While the film is somewhat cliched, predictable, and ‘tropey’ at points, it’s actually broken down and given a second life. In a way, this is more of a mid-life crisis (for a pre-teen), acting out after a tragedy kind of story rather than a straight superhero film. Even though I saw this before and knew the villain twist going it, I found points that made me second-guess their identity. Most of the story is a ‘revenge plot’, but the rest of the story rides on the heart and emotions of the characters.

The core of the film is the emotions, particularly grief. It’s amazing to see a Disney film explore more negative emotions in how they apply to story, and they nail it. The five stages of grief doesn’t explicitly come up, but it’s weaved through the plot cleverly. Show don’t tell is excellently used here, having some quiet moments of reflection and peace among the action scenes and minor slapstick. This is a film that treats its audience with respect and knows their intelligence, even though the plot can be predictable at times. The message of grief and loss is said to be undercut and undone by the end of the film, but I believe that the very first loss is still felt until the credits end.

Hiro (Ryan Potter) somewhat a tragic character. He has a lot going for him, but uses his talents for personal gain, and must be prodded to complete worthwhile projects. He’s later driven by personal loss and while not trying to supersede his brother, tries to do right by him. His relationship with Tadashi and by extension, Baymax, is the heart of the film. He really goes through the gamut of emotions by the end of the film well enough to empathize with the audience to a significant degree (I cried at points in the film).

Baymax (Scott Adsit) is the adorable ‘kid appeal’ character with a surprising amount of depth to him. He’s designed like a adorable human marshmallow. His sentences have awkward stilted word selections that feel purposefully slotted in like real AI voices. He never strays from his goal to be a robotic nurse, and there are points where his character is compromised, but he is never angry or distraught, he’s just Baymax. I’ve never encountered a simultaneously boring yet interesting character whose personality is enriched by the situations and characters around him. He’s fascinating in any scenario to see how he interacts with the world, and his superhero design is awesome. He also organically brings up plot points to help move the film along, and invokes several moments of pathos (and yes, tears).

Tadashi (Daniel Henney) is a great role model character. He does what is right no matter what and gets his brother out of trouble. We’re immediately shown why Hiro looks up to him, even if they mess with each other at times. He is smarty and dependable, and goes out of his way to help others. His struggle to create Baymax is relatable to a lot of creative people, especially those who are currently trying to get projects off the ground.

Hiro’s friends (Fred (T.J. Miller) , Wasabi (Damon Wayans Jr.), Gogo (Jamie Chung), Honey Lemon (Genesis Rodriguez)) are sadly throw-in characters. They have the bare minimum of personality and are in the film for roughly half of it. I can see hints of personality and deeper character here and there at points. I feel like they need a TV series to flesh them out (thankfully there is one). I feel like they were meant to mark off a racial quota box (each of them are of different races) and that’s good progressively, but at least give them some better character.

Professor Callaghan (James Cromwell) is a good mentor character. He takes pride in all of his students and wishes Hiro would join his class. His subplot is also filled with grief and anger, similar to Hiro. It makes for a good mirror to Hiro, and I really like Cromwell’s delivery during the more intense moments.

Alistair Krei (Alan Tudyk) is not as moral as you would think. What’s interesting about him is that all the information about him is hearsay or seen through video. He isn’t in much of the film, but he is part of the central physical conflict.

Cass (Maya Rudolph) is the stereotypical ‘cool aunt’. She’s a younger guardian character than most other Disney parental figures, and while she does get away from being oblivious to the superheroics at points, for now, she is a good character here, and I’m interested in seeing how they implement her in the TV Series.

Also, the Desk Sergeant (Daniel Gerson) is a fun minor character that is still funny after seeing him in the trailer several times.

The dialogue relies more on emotion and good hearing than most other Disney films. A lot of the comedy is in the background as characters are leaving the scene (have the subtitles on for this one!) and a lot of the drama is in the foreground with some great emotional acting. Character deaths are plainly stated, bold for a kid’s film, and the dialogue doesn’t sugarcoat the grief the characters are feeling. The dialogue is mature and doesn’t talk down to its audience. I especially love Baymax’s dialogue. His flat, understated delivery never fails to evoke a laugh and provides great contrast to the others’ whacky antics.

The landscapes are king here. From the seedier, more grimy parts of town to the wind turbine-filled skies, San Fransokyo is a wonder to behold. The city is seen at several different times of day, and I really appreciate the details put into every single store and tree within it. The island and the lab are also great locations with some amazing effects applied to them near the finale. The finale also has some incredible effects, with several individual microbots moving as one cohesive unit.

Henry Jackman mixes traditional orchestra with synths and electronic instruments, creating catchy melodies that fit their scenes well. Nothing really stands out theme-wise however, as some of the tracks can be generic without the blend of orchestra and electronic.

The credits song “Immortals” by Fall Out Boy works well with the film. The lyrics in the second half of the song feel in place, and the beat and instruments are catchy enough.

Big Hero 6 is a film that I initially was hesitant to revisit. I didn’t connect with the film on the first watch, but I was more on board with the second go-around. The story of the two brothers and Hiro’s relationship with Baymax touched me more that I thought it would. I’m glad that Disney has a superhero film under their belt in a now-sea of superhero content, yet this movie is not overshadowed. The story was predictable at times, yet it kept you guessing and wanting more from the characters. The side characters could have used some more fleshing out, but that would have taken away from the main character focus. I am glad their stories can continue in the animated series. The dialogue is top notch and heartfelt, with characters giving appropriate emotions (even Baymax’s robotically delivery) and some good jokes sprinkled around. The effects are gorgeous, from the beautiful cityscape to the amazing lighting effects to the thousands of microbots swarming the screen. The music isn’t that memorable at times but the pop song works well.

Big Hero 6 has heart, and so much potential to be realized in other media. This film is just the beginning… 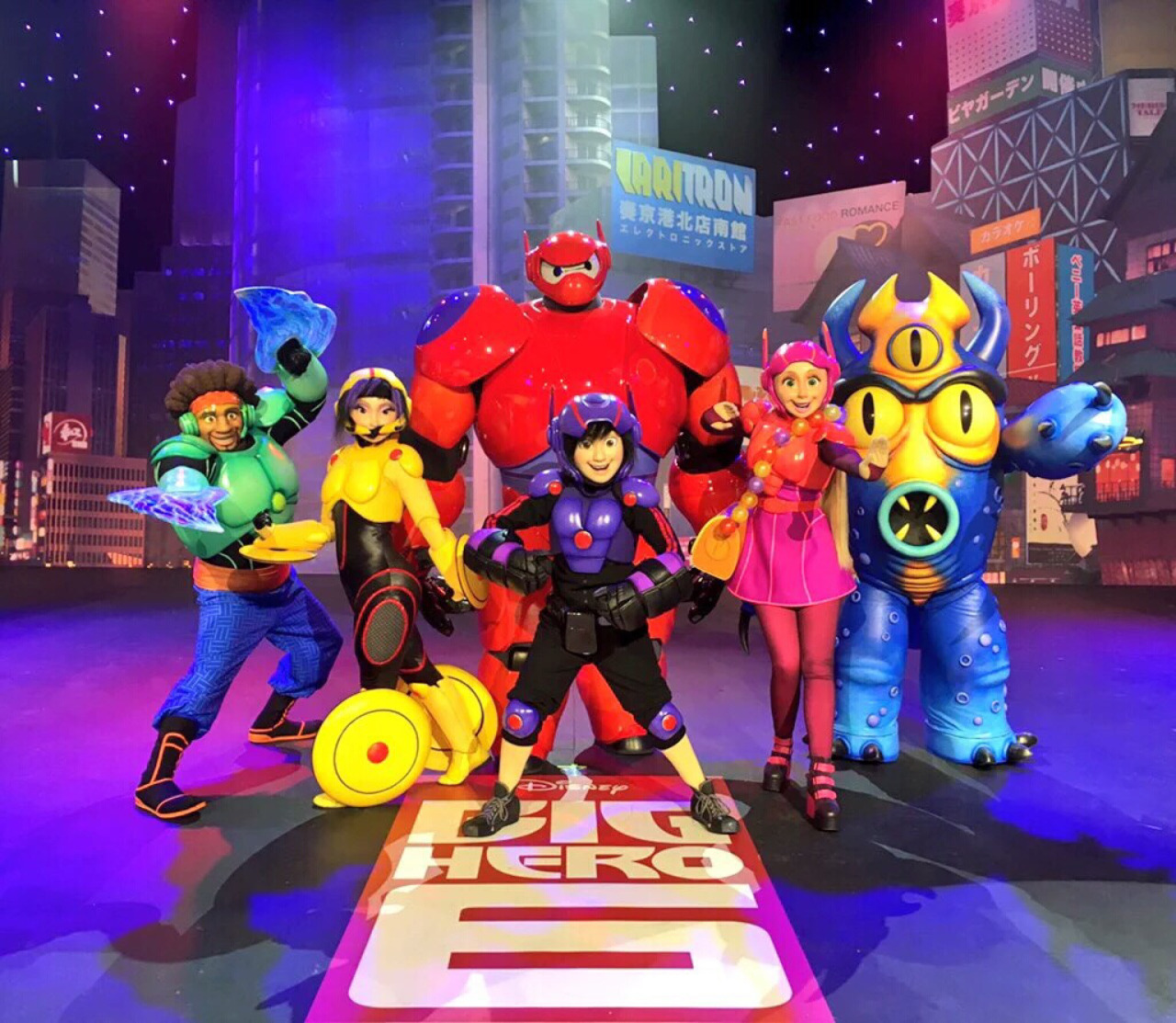 Another film relating to current times…

But now with human-like animals!