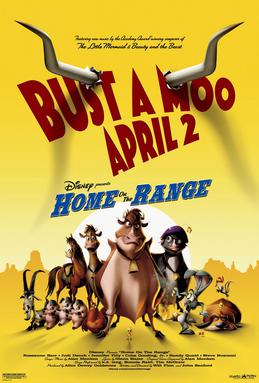 Standard. Rote. Trite. “We have to save the family farm from the evil cattle rustlers!”

This film is a slog. There’s barely any rhyme or reason to the events happening, and the film comes to a grinding halt at times. Progression is made, sure, but details are dragged along slowly and the threats are easily overcome or worse, waited out. This is a film with animals and humans, and the intelligence of both is debatable, but the way they interact defies the usual set rules of sentience in these kinds of films, and it doesn’t make sense. There are few scenes of note that are well done, but they’re all chase scenes that are the easiest to write, and the least important to the plot. The scenes with the villains stand out the most but they’re so few and far between that they’re inconsequential.

Maggie is played by Roseanne Barr. That’s her character. Roseanne. Uncouth, crude, and show-offy, with a vendetta against the villain, Roseanne doesn’t really change from beginning to end, and her character is boring and unfunny.

Mrs. Caloway (Judi Dench) is a British cow. … What, that’s who she is in the film! She’s more interesting than Maggie, has an obsession with her hat, and is the voice of reason in the group and the brains.

Grace (Jennifer Tilly) is the random / weird character with funny lines. Some of them even got a small ‘ha!’ from me, but then again, that’s my kind of humor. She has some moments of clarity, but mostly, she’s (literally here) the ‘ditzy blonde’ and her writing isn’t exactly clever.

Buck (Cuba Gooding Jr.) is the horse with something to prove. Actually a pretty good character here. I initially thought it was Chris Rock, but was pleasantly surprised by the actor here. He does a good job with what he is given, and the writing from him is somewhat funny.

Rico (Charles Dennis) is the mysterious bounty hunter. He barely says a few words at a time, but his design and mannerisms are interesting. It’s really hard to find something interesting in this film and I’m glad he’s here.

Alameda Slim (Randy Quaid) is the villain of the film, and the best part of it. When he’s onscreen, the film comes alive. Whether it be yodeling or berating the Willie Brothers (all played by Sam Levine) Quaid puts in a good, villainous performance, and the jokes done between Slim and the Brothers are funny in a cute way.

Other minor characters include Wesley (Steve Buscemi) the cattle buyer (with a striking perfect resemblance to his actor), Jeb the Goat (Joe Flaherty) who is obsessed with empty cans, Lucky Jack (Charles Haid) the endearing Rabbit with a peg leg and a streak of bad luck, Patrick, a horse voiced by the always amazing Patrick Warburton and thus deserving a mention here, and the Farm Animals who are too numerous to list but aren’t they all adorable.

The dialogue is snappy but plain, and the lines are delivered with wit but the emotions ring hollow. It tries too hard and not enough at the same time with humor, sadness, and excitement when there really is none from the audience.

The color palette is comprised of greys, browns, and sparse greens and yellows except when Alameda Slim sings. Then it’s a beautiful vibrant colorful land full of promise and happiness. I kind of get what the film was going for in that regard, but it doesn’t help much. The character designs are angular and sharp, but uninteresting and childish, not standing out from other properties well. CGI is used for some chase scenes and sticks out like an old computer game rather than a feature animated film.

Alan Menken. Thank goodness you’re here. The music in this film is at least competent, and pretty good. It sets the tone well from the start, and as someone who isn’t a fan of country, the music here is endearing and manages to be good to someone like me. The score is also your general Disney Score with a Western spin and serves its purpose well.

“Home on the Range” (Chorus) – A classical Western tune, filled with bravado and bluster, setting the tone for the treacherous plains of the wild west. It’s almost like an old TV show title theme. Has a more triumphant reprise later that’s even more uplifting!

“Little Patch of Heaven” (K.D. Lang) – The opposite of “Home on the Range”, this song is light, sweet, and jaunty. It’s about the peace one can have in the wild west as opposed to the dangers of it.

“Yodel-Adle-Eedle-Idle-Oo” (Randy Quaid) – After a long while, finally we have another Villain Song. This one mixes evil and fun all in one! It’s weird but it makes sense in context, and sounds like it’s from a play rather than a movie, but by gosh it fits here. This is honestly the most memorable part of the film and it’s a shame they used all their crazy on this segment instead of spreading it out.

“Will the Sun Ever Shine Again” (Bonnie Raitt) – A good, competent song, but why is it in this film, of all places? I like it, but it seems too good for this film.

“Wherever the Trail May Lead” (Tim McGraw) – Another good song, but again, it seems too good for this film. It seriously hits that country twang though, and McGraw is great here.

“Anytime You Need a Friend” (The Beu Sisters) – Probably good at the time of its release, but dated now. Very poppy with an obvious message of friendship that just makes this film even worse.

This is the film everyone.

It’s also really reviled. It’s not bad just because it’s bad, it’s bad because it’s boring. The plot, characters, and dialogue all barely warrant a passing mention, and the effects and music just barely are memorable, but this film is a melting pot of bad ideas. Nothing really works together here, and very very few parts of this film even glimmer, let alone shine (namely some characters, scenes, and the music in general).

In a way though, I’m glad they made this film, along with The Aristocats, The Black Cauldron, and Atlantis even. Without the bad films that Disney has put out, we cannot appreciate the good, even great ones, and each film has its drawbacks and strengths to account for.

In a turn of phrase, Disney realized they needed to restock on creative serum during the creation of this film. 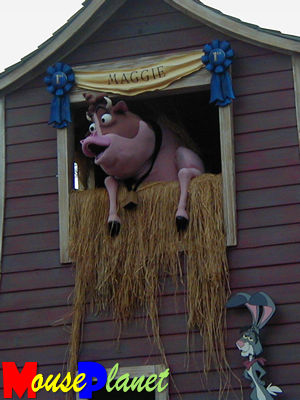 My OVERALL RATING for Disney’s Home on the Range is 44%.

THE SKY IS FALLING!

Am I panicked? Nah, the sky falling doesn’t scare me.

I’ve seen Home on the Range.