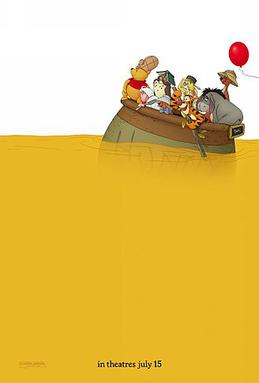 The plot is comprised of several short stories, connected better than the previous film. This film is bookended by the same story: the quest for Eeyore’s tail. This is resolved in a humorous way, as is Pooh tradition. The meat of the story goes to ‘The Backson’, the result of yet another misunderstanding. This tale gives the characters an antagonist, rare for Winnie the Pooh. It’s fun to watch them plan to trap something at all. The best part of the plot, however, goes to Pooh’s love for honey. There are some great visuals in these scenes, and its handled way better than the previous film. Pooh’s love for his friends comes first and foremost here, backseating the honey love. Overall, a tighter plot than its predecessor. Simple and engaging.

Since the universe of Winnie the Pooh is mostly static, a lot of characters are the same as before with few differences. Pooh is more caring and kind to his friends, even though he’s usually confused and oblivious. Tigger is energetic as always, Eeyore is glum as always, and Piglet is a pushover – all basically the same. Kanga, and Roo are pushed to the sidelines, but still the same when briefly focused on. Rabbit has lost his anger and has become more neurotic. Owl has changed most of all, becoming very vain and frankly, pretty weird. I like it. Christopher Robin has changed most of all, losing the dot eyes in favor of more Disney model characteristics and a schoolboy uniform. I’m not a fan of this drastic change. His older way of dress was simpler and cleaner. These clothes make me think of school, not the Hundred Acre Wood.

Nice, simple dialogue that can be taken to logical and sometimes ridiculous extremes. The script lot of word play and awareness to the fact that they’re in a book. Everyone is written well and updated where needed, but the core of the characters is the same.

The effects here aren’t anything brilliant, but the backgrounds, shading, and animation are all appropriate. The shading on the characters is a nice touch and the color scheme makes the characters shine. The visual medium lends to some great jokes that play with the pages, letters, and contents of the book. Pooh’s Honey Visions are a standout as his friends and the world slowly turn to honey as his tummy rumbles. It’s quite beautiful actually.

The fully orchestrated score here is done by Henry Jackman. His score harkens back to a simpler time when music drove the narrative instead of dialogue. It reminds me of old Loony Tunes scores. It draws you in and works in tandem with the visuals very well. He also uses previous Winnie the Pooh themes and music cues.

Also, Kristen Anderson-Lopez and Robert Lopez did the lyrical songs. The songs they wrote complemented the story so well, they were later pitched a story called Frozen. They do great here, and we’ll see how they do in the future…

“Winnie the Pooh” – The classic traditional theme with a few additions. Very calming and relaxing, a super chill song. Great use of acoustic guitar and fiddle.

“The Tummy Song” – Really cute, bouncy, and fun. Great use of Pooh’s tummy grumbles as an instrument.

“A Very Important Thing To Do” – A cute, repetitive song. Shot, but again, catchy.

“The Backson Song” – Starts out staccato, but devolves into a more orchestral piece. The whole cast is in on this one, and it’s a blast. It sounds like something by Danny Elfman. It also advances the story in a fun way and ends on a great joke.

“Everything is Honey” – Really weird visuals with a nice, bouncy, and cute song by our favorite Pooh Bear.

“Pooh’s Finale” – A (sort of) reprise of “Everything is Honey” but with a more heartwarming twist.

“So Long” – A poppy song that doesn’t really fit Winnie the Pooh, but it’s good in it’s own right. Needs to be slower and more lazy.

Winnie the Pooh isn’t the perfect film, but it makes for a great sendoff to 2D animation. Winnie the Pooh is one of Disney’s top franchises, so it’s kind of an honor. The plot is the same simple set of stories that are wrapped up in a pretty bow by the end. They really nailed the characters still after thirty years, and aside from Christopher Robin, no one’s really changed. The dialogue is as charming as always, and updated to be funnier and better timed. The animation is stunning in some parts, and understated in others, with a bright colored characters and more subdued backgrounds. The music is a callback to the older days of Disney, and the lyrical songs are all fun and catchy.

Winnie the Pooh may not be perfect, but it is the perfect trip through the nostalgic acre wood. 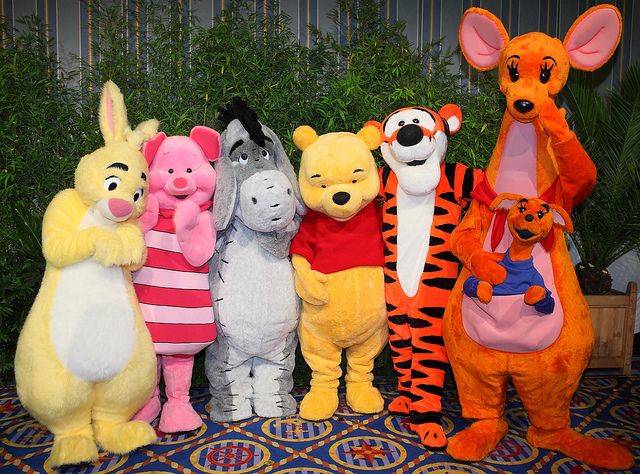 My OVERALL RATING for Disney’s Winnie the Pooh is 86%.

Two of my favorite mediums in one film…