This is the review…

Lady, the young Cocker Spaniel, lives a life of luxury, but gets a taste of the other side when she runs into a mutt called ‘Tramp’ with a history and a heart of gold.

This film is way more slice of life than the rest. Here, we follow Lady as the protagonist as she lives her life, barking and burying bones. In the background are the human characters, and both plots mesh well, yet the human plot is dropped midway through.

The whole film takes place over years, yet it doesn’t really feel like it. The pacing is quick, and the film flies by. Yes, there are a few slow parts here and there, but they’re rest stops until the next action set piece. The story doesn’t really get too engaging or interesting, yet the stakes grow as the film goes on. Like other Disney films, there is a jarring cut to a happy ending, as well as a character death undone.

The best scene in the film, though, is “Bella Notte”, and it makes this film worth the watch.

Lady (Barbara Luddy) doesn’t really have much agency in the film, aside from a scene where she spurns Tramp’s advances. She is mostly a vehicle for the other characters to act upon, and I compare her character to a leaf on a river, occasionally getting stuck. The plot affects her more than she affects it.

Tramp (Larry Roberts) is the cool cat (dog?) of the film. He’s the bad boy, but honestly, I don’t find him that bad. He’s homeless but incredibly happy, which is admirable. He has everything in life planned out, and it’s assumed that he has figured all of this out on his own. I would much rather the film center on him rather than Lady, perhaps with a converging story? He’s a more active character than Lady.

Jock (Bill Thompson) is the best. He’s a little literal Scotty Dog and I love him. He sticks up for Lady and is one of her best friends, and has some funny moments. He’s just so cheerful and happy, which is what I love to see in my Disney characters. He’s kind of the ‘Dad’ of the group of dogs, and the only sane person.

Trusty (Bill Baucorn) annoys me. He talks a lot about the past and just drawls a lot, and personally, Pat Buttram would have been a better actor for the role. The only point I like about him are his actions at the climax. You just can’t keep a good dog down though: when he’s active and on the move, he’s a way better character.

The Dogs at the pound (Dal McKennon, Bill Thompson) are somewhat filler characters though. Peg, voiced by singer Peggy Lee, is somewhat sultry and mysterious, and the lead, while the rest are kind of memorable (Bull and Boris (Alan Reed) to me, at least) but kind of a footnote. There is also a Beaver (Stan Freberg) that HAD to be the voice model for Gopher from Winnie the Pooh later on.

Jim Dear (Lee Millar) and Darling (Peggy Lee), Lady’s owners, are a nice couple, but pretty bland. They do have some relatable moments (such as the pregnancy craving scene with the snow) but they’re mostly there for the human audience to relate to.

Tony (George Givot) and Joe (Bill Thompson), two Italian restaurant chefs, are a delight. They sing “Bella Notte” and have great banter. Also, I think they are secretly Mario and Luigi before Nintendo thought them up. They’re also an example of a positive stereotype, for once.

Aunt Sarah (Verna Felton) is horrible, but in a good way. Some people just hate dogs. I do think that she goes too far and jumps to conclusions at some points, but she’s somewhat discredited at the end, so that’s alright, I guess.

The Siamese Cats, Si and Am (Peggy Lee)… Quite the negative stereotype, really annoying, and someone working on this REALLY must hate cats. It’s hard to decipher their meaning in the movie. They can be written out, but they serve to be the counterpoint of dogs, and give Aunt Sarah more reason to hate Lady.

The Rat (unvoiced) is a non-character but I appreciate the menace and visuals to it, and the frequent foreshadowing. While the Rat isn’t really a villain (this film doesn’t really have much in the way of antagonists) we do get a pretty cool final battle with it.

The dialogue in this film is cute, but seems like actors reading lines off of a script. Something about the delivery seems off.  Tramp and Scotty’s delivery is the most natural. This movie isn’t the most dialogue driven though, and there aren’t really that many memorable lines within.

Beautiful backgrounds and scenery. The animation is pretty good as well, with some hiccups here and there. Most of the camera movements are memorable and dynamic (like the aforementioned character death scene) and the use of color is well-placed: the more color, the more wealthy the citizens. The fight scene at the end is lit by strikes of lightning, and lighting is used really well here. Water and character movement is pretty good, but we’ve all seen these animation tricks of the trade before.

“Main Title” / “Bella Notte” – This is it, right here, the best song, and the reason this movie exists. Both versions are great in their own rights. A love song for the ages. Infectious and cozy.

“The Siamese Cat Song” – Cringy and annoying. Oh, and racist. Have I mentioned that already? Not a good song in the slightest. It really kills the ears.

“He’s a Tramp” – Another great one. Peggy Lee’s voice is great in this. Chill and loungy.

The score is all right, nothing too memorable though.

NOTE: Peggy Lee actually got in legal battles with Disney over the VHS Tape rights for the songs. Just something interesting I found while researching. Not sure how this applies to Disney+ though…

This film basically has one good scene and song, and they’re one and the same:

The rest of the film is filler (maybe the climax is okay, too) and it’s adorable filler, but there’s something empty to this film. I don’t really feel like anyone in this is really trying their best. Tramp and Jock are the only good characters here, and they have all the good dialogue. The Siamese cats are, once again, racist caricatures, and the other characters get by on the virtue of being cute. The animation is pretty good, but nothing is really groundbreaking or different from the other films. The music is all right, again, nothing that special, save for “Bella Notte”.

This isn’t a bad film though, it’s just not as good as the rest of the Canon. 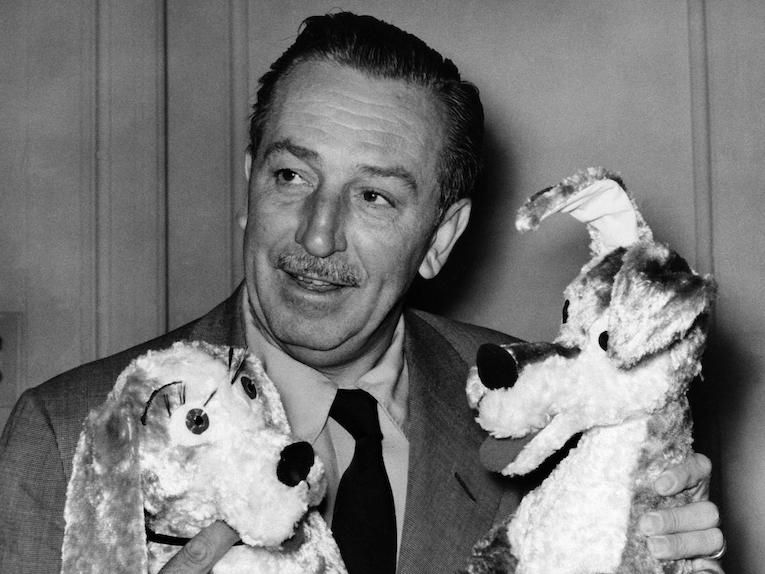 My OVERALL RATING for Disney’s “Lady and the Tramp” is 64%.

(In hindsight, I may have been rating the Package Films too high….)