Young Wendy, John, and Michael are whisked away from their London home by Peter Pan, a magical flying young boy from their storybooks. He takes them to Neverland, where, Pan says, they’ll never have to grow up. They meet the friendly Lost Boys, mermaids, natives, the evil Captain Hook and his villainous band of pirates. Together, the children brave these trials as they grow to learn that whole Neverland is fun, there is no place like home.

Vastly improved, streamlined, and quick. Scenes and characters are introduced organically, giving them time to breathe and grow. Unlike the vignette-like nature of the previous films, this follows a constant narrative with hardly any fluff or waste of time. Constant rising action and stakes, with some slower moments to balance it out make this plot evenly paced and get the audience invested.

Peter Pan (Bobby Driscoll) is mischievous and fun, but he really does care about others. Sometimes his messing around has consequences but they rarely last long. The main issue about Pan is that he is effectively invincible and really can’t lose. He usually darts away from trouble at the last second and kind of makes for a boring hero. Sure, it’s fun to see him thwart Hook, but there’s no challenge to it. He also is a perfect impressionist, which is the weirdest hat trick I’ve seen a main character pull in a while. It’s actually useful here, not for a gag but a plot point.

There are also points of the film where he can be too harsh to other characters, arrogant, and self-centered, but really this is how someone with no parental or moral guidance would act. This does make sense narratively, but doesn’t come across in the film much, making Pan just as much of an antagonist as a protagonist. He expects to be treated like the good guy but doesn’t really earn it.

Wendy (Katherine Beaumont) makes for a better main character. Her motivations and character are clear from the start, and she truly is a good person. She gains a lot of savvy on Neverland and learns how it ticks quickly. She is Pan’s moral guiding compass and she truly wants to help lead the people of Neverland to be good and just.

John (Paul Collins) and Michael (Tommy Luske) are somewhat flat characters, with John being a stereotypical stuffy bookish Londoner and Michael being an adorable child. There isn’t much more to them.

George (Hans Conried) and Mary Darling (Heather Angel) are great characters, also. George is usually angry or pompous, yet has several moments of slapstick. Mary is more down-to-earth, really caring about the interests and well-being of her children. They make a good pair.

Tinkerbell… Where do we begin… Incredibly jealous, willing to commit murder, and sassy as anything. She’s a great character but oddly sexualized for a Disney film. Most of the ladies in the film are wrapped around Pan’s little finger including her and it’s just weird. Her actions do drive a lot of the plot, and her jingling speech is just adorable, but there is a much darker side to her than I’ve realized.

The Lost Boys are basically fodder for the pirates. There’s many stereotypes among them, and their designs and bodies are based on animals. They have no real defining characteristics other than to be Pan’s army, but they’re never really that effective as one.

The Indigenous Peoples in the film (The Chief (Candy Candido), Tiger Lily (unvoiced), and the other unnamed Peoples (the Mellomen)) are once again, yes, somewhat racist. That doesn’t stop them from being cool though. Candy Candido has one of the best voices in animation at the time, so unique and incredibly gravelly. Tiger Lily is a damsel in distress and an object of affection for Pan, and other Natives are yet again more stereotyped characters (Mother-in-Law, which was a popular negative stereotype in the 50’s). The worst thing gleaned from their scene in the film (aside from them not being called Natives or Indigenous Peoples) is that their culture is criticized by Wendy (women collecting firewood, passing the peace pipe, the style of dancing and sexism) when she has no place to.

While I do feel like they could be taken out of the film and replaced or changed, that would be changing what Neverland truly is: a mish-mash of pop culture icons of the 50’s that appeal to children. Mermaids, Pirates, Pixies, Cowboys (Pan certainly seems like one in all but appearance) and ‘Indians’ (you can thank Christopher Columbus for that….) have all been popular fantasy staples for quite some time and seeing them interact (or at least be in the same story) is pretty cool.

Hook, Smee, the Pirates, and Tick-Tock the Crocodile are the best. The character dynamics between them all are hysterical. Hook (Hans Conried) himself is a sophisticated, suave villain with a temper, but once he sees Tick-Tock, he loses it. Some of the funniest slapstick I’ve seen (as a person who prefers dialogue-driven comedy, that means a lot) is in this film with these characters. My one complaint about Hook is that he could be a little more threatening and evil. Yes, he shoots one of his men in his first scene, but this is quickly glossed over and forgotten minutes later.

Smee (Bill Thompson) is Hook’s First Mate, and he’s bumbling and fun. He constantly gets confused, tricked, and is oblivious to the world around him. He seems to be on autopilot for most of the film, and this leads to him JUST missing the mark on several occasions, leading to more good, well-timed physical comedy. Tick-Tock the Crocodile is Hook’s personal antagonist aside from Pan, not really a character, but has fun reactions to the plot and is an equal participant in the previously mentioned slapstick. The pirates are your generic thugs and serve as fodder for the Lost Boys.

One theory I had that I’d like to mention is that Neverland is all an act. Pan takes children that are on the cusp of growing up, he and Hook fight, the danger mounts, and the children eventually want to go home, get kidnapped, and then get taken home by Pan. This is why Smee is on autopilot, and this is why I don’t really feel the danger, yet Tinkerbell is the wildcard that helps mix things up to add an element of randomness.

My CHARACTERS RATING is 6 / 10 (3 / 5). Great characters aside from some parts of Pan and the Indigenous Peoples, as well as the blandness of the Pirates and the Lost Boys.

The dialogue is very well-presented. It feels like a play, and while this film is based on a play, as well as my aforementioned theory, the characters are more fleshed out. We learn exactly the amount of detail we need to through the dialogue, and all of it ranges to humorous to dramatic. It also doesn’t talk down to the audience, which I appreciate.

The animation is simply beautiful, fluid, and features awesome camera pans and movements, and the lighting effects, from open flame, lanterns, and especially Tinkerbell’s Pixie Dust are all expertly crafted. There is also a scene where a sword affects the backdrop and it surprised me. The water effects, are also, as always, top notch, and the slapstick moments are quick and snappy. The flight to Neverland sequence is also the best thing in the film, with sweeping camera movements and iconic scenes, especially the silhouettes on Big Ben.

“The Second Star to the Right” – Pure classic, and quite dreamy and mellow.

“You Can Fly” “You Can Fly (Reprise)” – Uplifting and fantastic. The perfect song for a flight throughout London. Full of magic.

“A Pirate’s Life” / “The Elegant Captain Hook” – For both the classic sea shanty, but not really that memorable. The second has portions sung by Hook is pretty cool, but it’s only a few lines at most.

“Following the Leader” – A fun, jaunty romp with a lot of cute nonsense words.

“What Made the Red Man Red” – Once again, the Mellomen are great. The song’s content is, yes, again somewhat racist, but it’s really catchy and fun, explaining aspects of Native culture from a fantasy perspective. The song is a mix of old folklore-like explanation and gibberish words that boils down the Natives to a stereotype, but the instrumentation is at least catchy.

“Your Mother and Mine” – A beautiful lullaby but again, not that memorable.

The soundtrack is also great. Characters have identifiable themes, such as Tick-Tock, whose theme appropriately sounds like a clock.

On the surface, this film is simply awesome. The plot is structured way better than previous entries, taking the time for story beats, and the characters are varied and plentiful (but not too many), and clearly identifiable and memorable. The dialogue is clear and well-presented, and acted at the height and depth of the emotions required, and the effects are outstanding for the time, featuring advanced lighting and water techniques, and fantastic camera movements. Yet… The music in the film quickly becomes unmemorable aside from the few opening songs. The portrayals of Indigenous Peoples in the film seriously changes how the film is looked at. It’s a shame because Peter Pan is such a classic staple of the Disney Animated Canon, great otherwise. This film, rather than be hailed as a return to form for the studio, becomes a footnote on culturally what not to do to your characters. 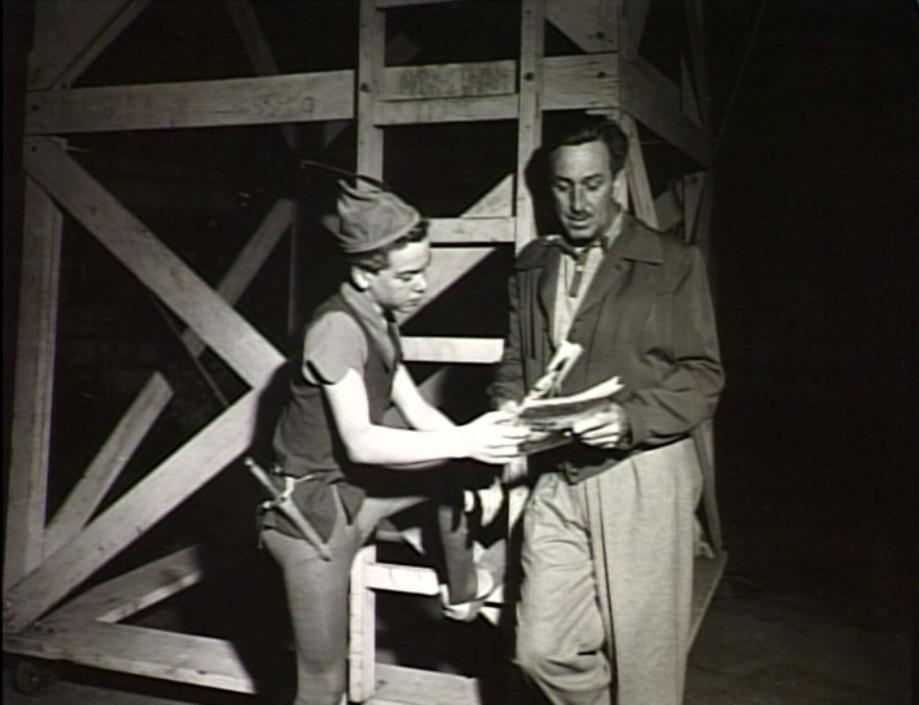 My OVERALL RATING for DISNEY’S PETER PAN is 84%.